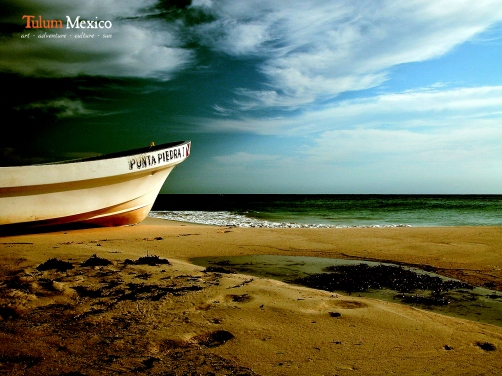 “How do you like living in paradise?” is the constant question for me here in Tulum Mexico. And after 9 years here I have to admit, I love it. But I could love my life anywhere. You bring yourself wherever you go.

However, there are some things I will never tire of in Tulum. For example, yoga is everywhere. And it is not the famous, rock star yoga. There are no rock star teachers here, at least not that live here yet or perhaps at least not that I know yet. I like it that way. The ego is not with the teacher. And it generally is not with the studios. Tulum is a soft and gentle place to find your practice. There is space, between the mats, in the studios and on the beach.

I can pick up hitchhikers here. And when I want to, I can hitch. That is not only liberating but it actually helps build community. I meet so many cool people just giving them a ride. And on the occasions that I have had to ask for a ride, I have been so pleasantly surprised to meet the same great personalities. Some have become friends for life.

I also love to ride my bike for ice cream at night. It is one of the most fun things I can think of: to pedal off in my skirt under the stars and stop for Italian gelato or a Mexican paleta.

I absolutely love watching tourists when they arrive: their white bodies outshining the sand as they run to the sky blue Caribbean Sea as if it were a long lost love: mesmerized, running in the deep sand with arms open wide until they drop into her arms splashing and laughing, ducking under the waves. It never fails to raise my spirits and make me smile.

Another favorite is going to a place called Cesiak for the sunset. I know you won’t all run out there and mob the place because the road to get there is dirt with potholes big enough to eat your car. But if you bump your way out there and climb the 4 flights of stairs to the observation tower, you will see the entire peninsula as it stretches out toward Punta Allen. Here you will feel your place on the landscape: resting on a fragile barrier beach that separates the magnificent Caribbean from the lagoon in the Sian Kaan Biosphere, one of the largest nature preserves in Mexico. Watching the sunset into the lagoon as it reflects onto the sea and welcoming the stars as they emerge and start shooting is both humbling and inspiring.

Too, on those calm and empty beach days, you can feel the animal culture of Tulum. When the tourist numbers drop, dog walking numbers increase. Too, in the low season, more of the savage animals can exit from their hideaways and explore the areas with fewer threats. The dogs, cats, crabs, turtles, iguanas, geckos, tarantulas, boa constrictors, raccoons, tehones and porcupines are all more social in the low, hot, rainy season. I like it.

With these indigenous animals, the hippies also emmerge with all their quirks. Like the one I saw yesterday riding his scooter with the sheep dog in the middle or the woman riding the tricycle with her dreadlocked boyfriend sitting in front, their pet Chihuahua on his shoulder. You don’t get to see that around New Year when the traffic is bustling and the house music so loud it frightens the animals and the locals back to the jungle.

And the thing I like the most about Tulum, high season or low, is the inspirational energy that gives you the feeling you can do anything you set your mind to. Perhaps it is true anywhere in the world but it seems as if, in Tulum, you cannot ignore it. Not many people have time to hear all this when they ask me how I like my life in Tulum. But now you know.